High attendance at Kāpiti Beyond the Page events

Kāpiti kids experienced literature and story-telling like never before during the school holidays at this year’s Beyond the Page festival – NZ’s largest literary festival for kids.

“It’s the second time Kāpiti has taken part in Beyond the Page, and it’s a great way of helping our kids connect with literature and develop a love of books and stories.

“We had everything from interactive who-done-it murder mysteries, to stories told through ballet and mime, to live performances from NZ Star Wars costume artists, Outpost42, and Toro Pikopiko – the world’s first ever Māori rock-art puppetry group, which tells Māori legends using hand-crafted puppets.”

“All in all we had 850 people attend the 22 events, which were facilitated by Kāpiti librarians in all our communities.

“We had nearly 350 more people come along this year, so it’s definitely growing in popularity. We’d be delighted to see an even bigger turnout next year.” 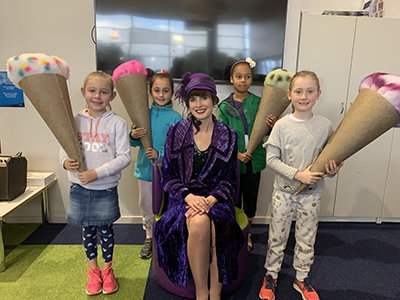