The Arapawaiti urupā (cemetery) is the family urupā of the descendants of Thomas Wilson. It is located on a parcel of land known as the Ngarara West Block. The family homestead, named Arapawaiti, is located nearby. It was known locally as the Ferry Inn due to its original use as a hotel. 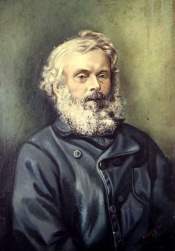 Thomas Wilson, a whaling captain on the Deveron, built Arapawaiti around 1849. It was built near the Waikanae River for travellers who used the coaches that moved up and down the coast. The homestead is still occupied by the family today. Thomas Wilson also became Waikanae’s first postmaster in 1865.

The date the urupā was first used is unknown. Unconfirmed reports suggest that some Māori warriors from wars which were fought in the area were buried here. Thomas Wilson was the earliest recorded family member to be buried here in 1878.