Sale of the First Section in Paraparaumu The Crown bought 983 acres of Māori land at Paraparaumu in 1874. This was transferred to Wellington and Manawatu Railway Company when trains started to run in 1886. The Company’s surveyors subdivided it into a township of 130 quarter acre sections and 31 suburban sections of 6 to 36 acres.

On 29 June 1888 the land was offered for sale by auction.  At first demand was slow, but within ten years most of the sections had been sold.  A plaque at the eastern end of Kapiti Road records that the first section was bought by W Schmidt.  A settlement grew up near the railway crossing, soon surrounded by orchards and small farms as bush was cleared. 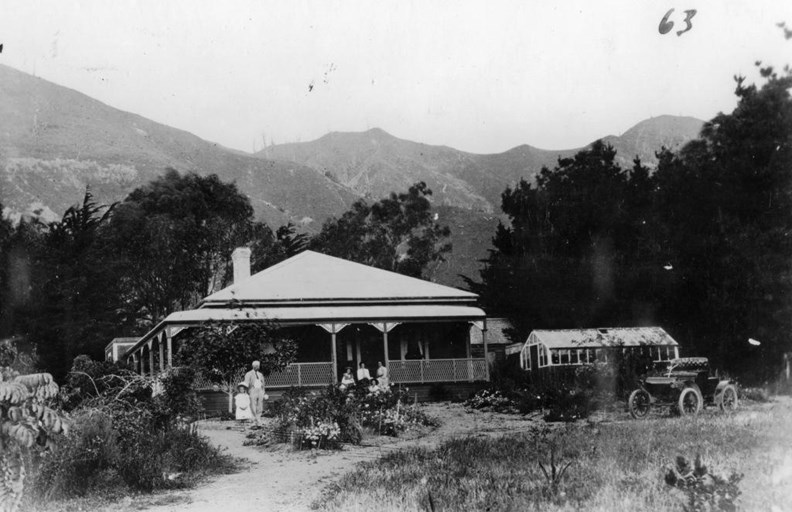 The New Schoolmaster Of Paraparaumu School